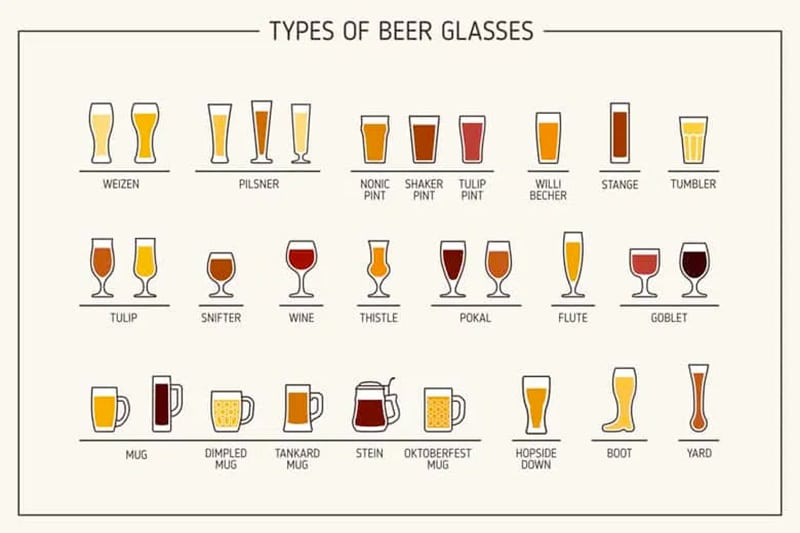 If your normal beer drinking experiences are limited to your home, your local pub or neighborhood bar, or maybe even the Applebee’s or Chili’s down the street, you may only be accustomed to merely one or two types of beer glasses.

However, there are actually many, many different types of beer glasses, some more obscure than others, and some that are meant to serve only certain types of beers or ales.

To help educate you on the number of beer glasses that are available we have identified several different type of beer glasses and provided a brief description of each type and the brand of beer that is usually enjoyed in each so you can impress your friends when you pour them a beer. 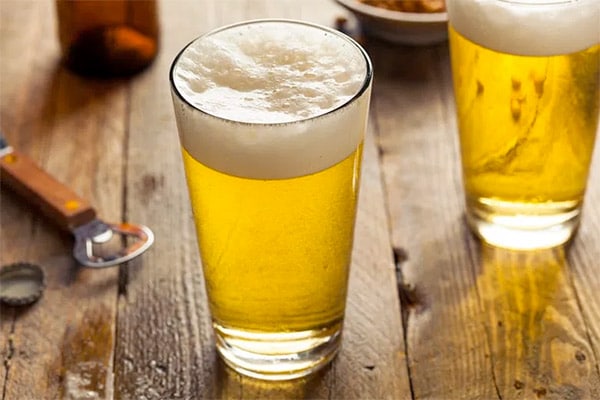 The American pint glass, also known as the Shaker glass due to its shaker-like shape, is the glass you’d expect to see in about 90 percent of the bars, pubs and nightclubs in the United States.  As the name suggests, this glass is designed to hold 16 ounces of beer, although some pint glasses are known to hold just 14 or 15 ounces.

The American pint glass is fairly non-descript.  It is smooth and clear, narrowing gently from top to bottom, and may or may not have a bit of a false bottom.

According to beer glass experts, beers that are best suited for the American pint glass include American and Indian Pale Ales; Brown, Red and Irish Ales; Porters, Marzens and Lagers. 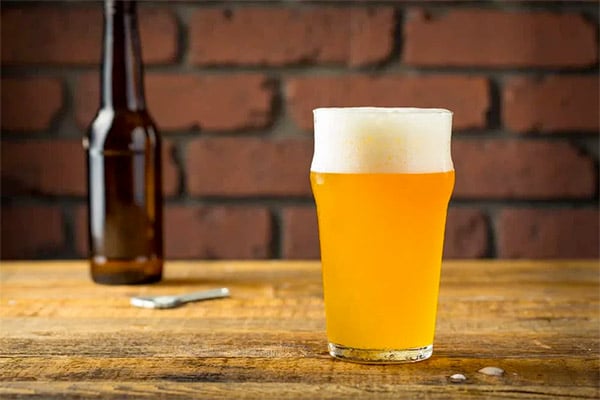 The Nonic pint glass is very similar in shape to the American pint glass, but with the Nonic type there is actually a very noticeable ridge near the top of the glass—a ridge that is designed to allow a greater amount of head to form on the beer.

Because of this ridge and its function, the Nonic pint glass, which is also called the Imperial Pint Glass, is actually a better beer vessel than its American pint glass counterpart.

Most of the same beers you would drink with an American pint glass can be consumed in a Nonic pint glass, including most all ales and lagers, including cream ales; stouts, porter and Marzen. 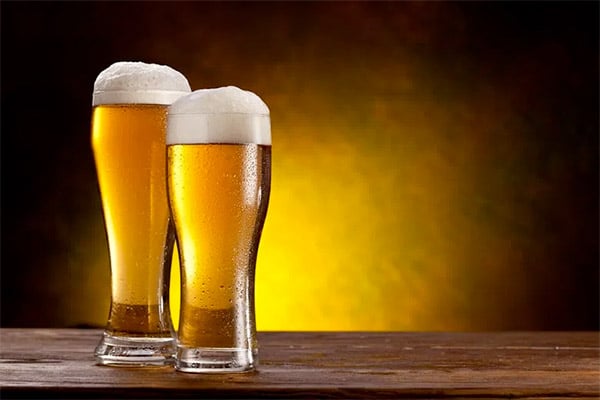 This glass, known as the Weizenbier, has a slight resemblance to the pilsner glass (which we will see later).  The difference?

The pilsner glass has fairly straight and angled sides, while the Weizenbier has a curved shape.  Both are slender as a way to showcase the beer and the carbonation, and both can retain a slight head near the top of the glass.

Weizenbier glasses are usually used to serve wheat beers such as Hefeweizen.  They also are very thin glass-wise near the top of the glass to easily allow servers to attach fruit on the glass, such as lemons and oranges. 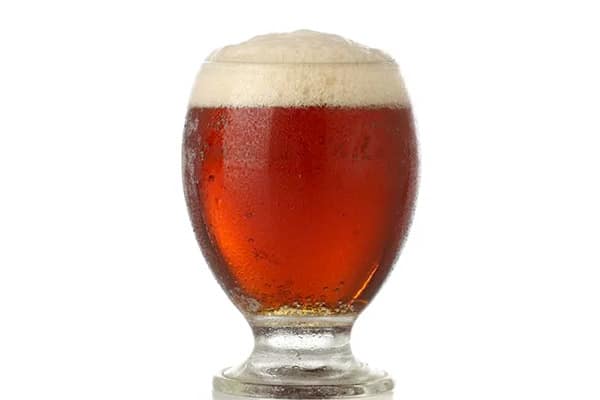 If you have ever seen an old King of yore, perhaps enjoying a grog that is cold and refreshing, chances are he was drinking it out of a goblet.  These attractive glasses, that are very similar in shape and function to the “chalice,” are manufactured specifically to hold and preserve the head on the beer.

The Goblet has a stem and a bowl like shape with a ridge that is perfect for beers and ales that depend on their head for taste—beers that just wouldn’t do in glasses not made for this specific purpose.  The glass on the goblet tends to range from thin to very thick depending on the manufacturer.

These glasses are great for beers, ales and stouts in the Belgian family of beers, darker ales and bocks—such as Amber Bock. 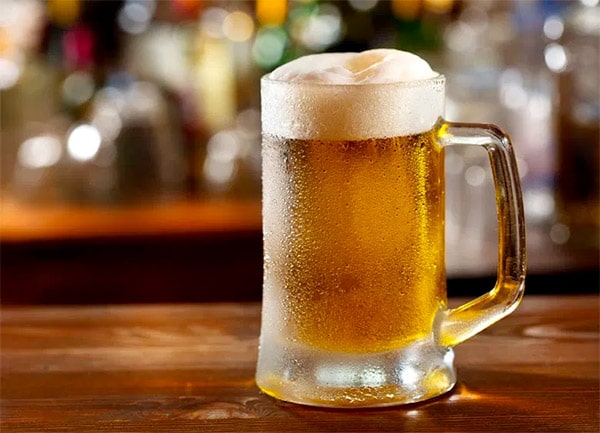 A true favorite in American pubs, restaurants and dive bars, the mug is “typically” a fairly short and wide beer vessel that tends to hold anywhere from 10 ounces to 16 ounces of beer.  Mugs have handles that are actually for more than just giving the drinker a handy way to his or her beer—or for cowboys to use them as a weapon in television bar fights.

The handle is actually present to prevent the drinker from prematurely warming the beer with their hands.  As such, they are perfect for beers that are designed to be kept very cold, and ideal for hot days when glasses like pint glasses can warm rapidly.

Mugs that are significantly larger than 12 ounces are also known as Steins and they possess the same general purpose of the mug.  Beers that would pair well with the beer mug or stein include lagers, some ales and porters. 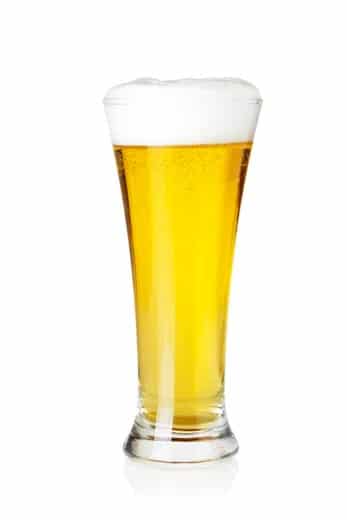 As the name suggests, the Pilsner glass is one of those types of beer glasses that are designed to hold light pilsner type beers.  It has a long and narrow shape that widens toward the top.

Pilsner glasses are meant to be kept cold and crystal clean, the latter as a way to showcase the beer to the customer.  Sometimes the lip of the Pilsner glass will resemble the outer portion of a trumpet, which helps this slender glass to showcase the bubbly carbonation of the beer as it settles toward the top.

The tapered shape of the Pilsner glass also helps to preserve the head of the beer longer.

There is also a class of glasses called “footed pilsner glasses.”  These glasses, as the name suggests, have a circular foot on the bottom of the glass but the rest of the general design is the same.

Many bars use footed pilsner glasses to help prevent accidental spilling when the bar gets busy. 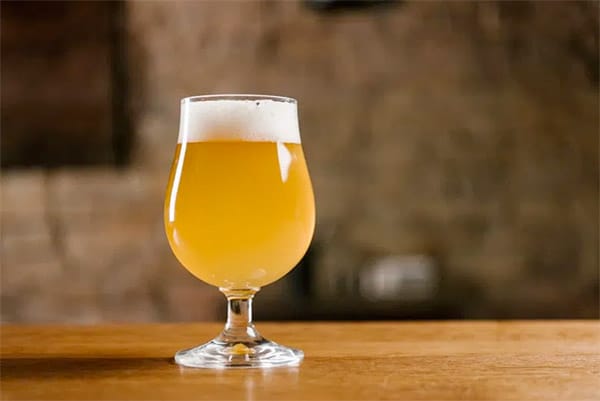 Named after its shape, the tulip is a seldom-used beer glass, but one that offers many advantages as a glass.  Like a tulip flower, the tulip glass has a long stem and a body that widens ever so gently from top to bottom.

One (larger) example of the tulip glass is the one that is used for serving Stella Artois.  Higher end beers are often sold in a tulip glass, which also has a protrusion at the lip of the glass for the retention of head.

IPAs, Flanders, some lagers and some pilsners can be served elegantly in a tulip glass. 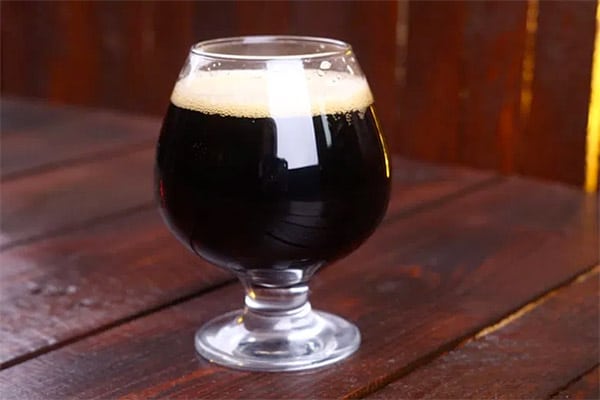 The snifter glass is usually used for things like after-dinner liqueurs and specialty drinks.  The glass has a small stem a wide bowl and a wide mouth.

If you are drinking a beer that genuinely needs to breathe, the snifter is a great choice.  This goes for beers that are very aromatic, for fruity beers and ales; and for specialty beers like “wild sours.”

The snifter, as you might have seen others use it, allows you to swirl the beer while releasing all of its aromatic flavors.  So at your next party, think about breaking out the snifter when serving fruit-based beers and ales.

A traditional German beer glass, the Stange—which means “stick” in the German language—has a predictably thin body that helps bring out some of the finer qualities of the beer—the maltiness and hop quality.

For comparison purposes, while a pint glass helps to diffuse some of the volatiles in the beer, a Stange glass helps to concentrate those qualities and bring them to the nose of the drinker.

In American circles, the Stange glass is also known as a Tom Collins glass and is used to serve beers like ryes, Czech pilsners, and Dortmunder. 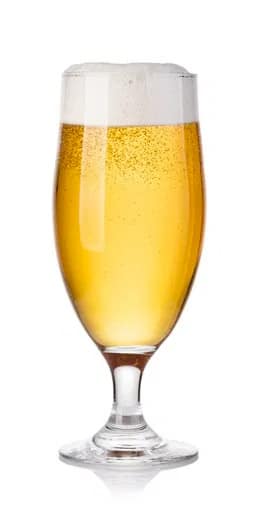 If you have ever drank—or seen someone drink—champagne, you have probably seen the flute glass.  These small glasses work perfect for beer drinkers that want to take it slow.

They are shaped like a small tulip glass, and much like that glass style, they are great for showing off a crystal clear pilsner. However, you can buy larger flute type glasses like the one in the image if you want a flute glass that holds more beer / pilsner. 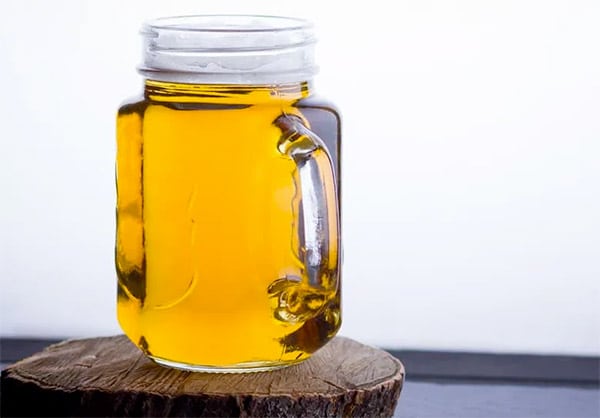 Although not technically a beer glass, our readers in the South may feel besmirched if we fail to mention the Mason jar on our list of beer vessels.

Used primarily for canning purposes, think peaches, pickles, etc., this roughly 12-ounce glass is sometimes called a “last resort” beer glass because it was once utilized as a beer glass when all other glassware was already being used.

It is regularly used in backwoods bars and trendy pubs as a statement glass and its popularity for this purpose only seems to be growing.

Time Gentlemen or the Last Word

If you plan to start your own home bar in your house or man cave, you do not need to get all of the glasses on our beer glassware guide list.

While having a few of these types of beer glasses will of course impress your friends and help you accentuate the beers you serve, having on hand a set of good pilsner glasses, American pints and mugs will usually be enough for a great party.

And don’t forget some of the “Red Solo” cups if your party is going to head for the outdoors. Let us know in the comments what your favorite beer glass is.