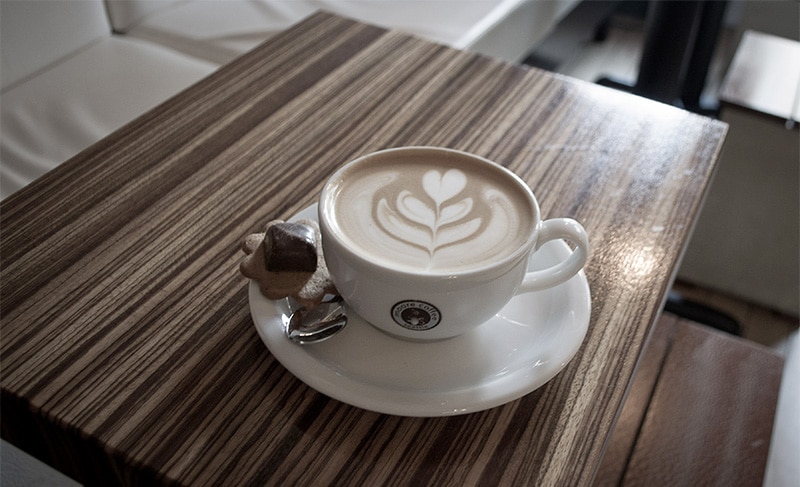 Coffee has become so important in our society that we have started training some people to be coffee-making experts.

Now we can enjoy the perfect cup of our favorite coffee and be sure that what we are consuming is perfectly prepared.

Baristas ensure that when we order a Spanish Latte that is what we get and not a traditional latte.

A lot has been said about a Spanish Latte, but what exactly is this sweet latte all about?

What Is In A Spanish Latte?

The first ingredient in a Spanish Latte is water.

People often do not consider the importance of using good-tasting water with no strange-tasting minerals in it.

It is best to use quality filtered water, therefore investing in a good filter is worth it.

If espresso is not available, a high-quality, freshly roasted dark-roasted coffee, such as a French roast, is preferred.

Spanish espresso is used to make the greatest Spanish lattes.

For a Spanish latte, any sort of milk may be used, even dairy-free varieties.

However, 2% milk will still produce a delicious Spanish latte.

Lattes are often made using “textured” milk, which is well-frothed before being poured into the coffee.

Use sugar to taste.

Using condensed milk is not recommended, because that is what you put in a Havanna Latte.

A Spanish latte has around 140 calories, depending on what sweetener you use.

How Do You Prepare A Spanish Latte?

If followed correctly, the following 9-step recipe will provide you with a perfect Spanish latte every time:

What about the taste?

A good Spanish latte has a deliciously creamy texture and somewhat sweet flavor due to the equal parts ratio of milk to coffee.

Due to the inclusion of sugar, a Spanish latte is usually sweeter than a conventional latte.

The high milk-to-coffee ratio reduces the bitterness one would find in more concentrated coffee.

What Is A Havana Latte?

The Havana latte is often confused as being identical to the Spanish latte, but that is not true.

There is one distinct difference when comparing the Spanish latte vs Havana latte.

The Havana latte is made with condensed milk.

Overall, you’re looking at using one ounce of condensed milk and six ounces of milk to make a Havana latte.

Origins Of The Spanish Latte

Because there isn’t a great deal of information regarding Spanish Latte, it’s difficult to say when and where it was initially discovered.

Many baristas agree that the Spanish latte is a variation on Vietnamese Coffee.

Spanish latte is popular in Saudi Arabia and the Middle East but is served all across the world.

The Spanish Latte is another delectable coffee you can order from the menu of the best restaurants in the world.

With its sweet taste and lack of overt bitterness, this is one that is a pleasant experience for your taste buds and it should be your new favorite soon.