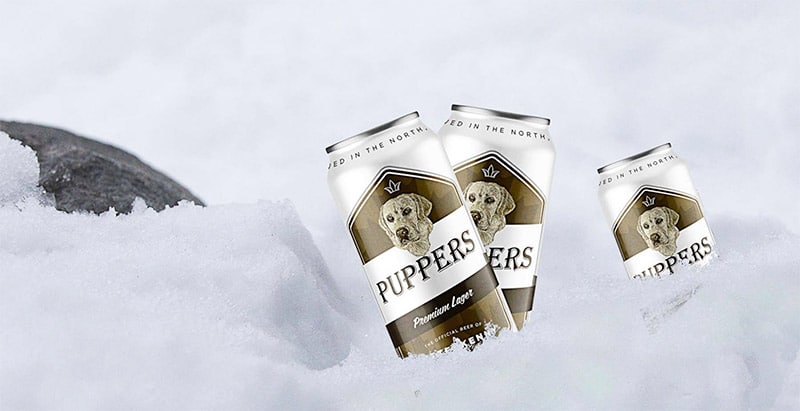 Anyone who is familiar with the show Letterkenny knows about Puppers beer.

You might be wondering, is Puppers a real beer? Yes, it is a real beer and you can buy some to drink.

Of course, the show is set in Canada and Puppers Premium Lager is one of those things that you might not know how to get you hands on in the United States.

Well, keep reading cause we’re going to tell you more than you ever wanted to know about Puppers Premium Lager.

Is Puppers A Real Beer?

It might surprised you to learn that Puppers isn’t just a made up beer – it’s the real deal.

Of course, that’s not how it started out.

In the beginning it was a totally fictional product.

If you’re not familiar with the show Letterkenny, then let us give you a brief history lesson.

Currently, it is known as Letterkenny and the sitcom is shown on the Crave network in Canada (but on Hulu in the USA).

The sitcom focuses on siblings Wayne and Katy and their group of friends, who all consume massive amounts of beer – Puppers beer.

And an often heard line in the show is, “Get this guy a fuckin’ Puppers.” 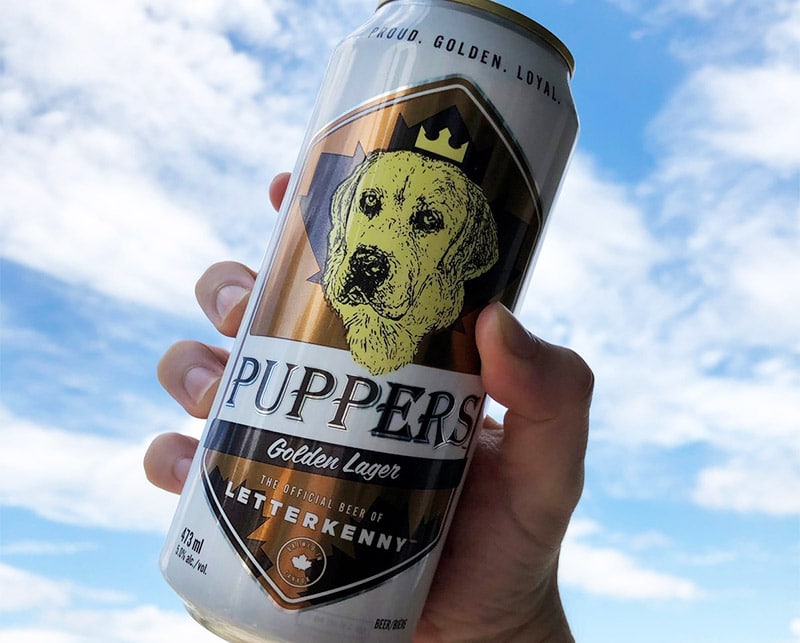 What Kind Of Beer Is Puppers Beer?

Puppers is a 4% premium lager, or basically it’s just an American-style lager that happens to be brewed up in Canada.

Here’s what the New Metric Media website says about this golden lager:

So, just a basic lager that comes from a ridiculous concept. Gotta love that.

This pale lager offers a light and crisp taste. Expect some malt, some honey, some wheat, and a bit of hops.

Yes, Puppers is a drinkable beer and it comes is at just 4% ABV, so it’s more like a light beer than a beer with high alcohol content. (But it tastes better than most light beers)

Surprisingly, it’s a damn good beer to enjoy with your buddies.

They are a well known brewery in Canada and have even won some awards for their beers.

They do make other beers, but I think it’s safe to say that Puppers garners the most interest these days.

Where To Buy Puppers Beer In USA?

If you’re located in the United States, then you might be wondering how you can get your hands on a bottle or can of Puppers.

Well, it’s going to take some real effort on your part.

Since Puppers is made in Canada, you cannot just have it shipped to you in the USA due to alcohol shipping laws.

To buy Puppers beer, you need to physically go to Canada – specifically Ontario – to buy it.

LCBO stores in Ontario sell cans of Puppers beer for $3.15CAD. You can check availability by store location here.

You should know that Pupper is only sold in cans, so you cannot get it in a keg or in a bottle.

Though it might be surprising, Puppers beer is real and you can buy it – but only in the Ontario province of Canada.

So, if you’re in the United States and want to enjoy a Puppers, then you have to go to Canada.

You cannot buy Puppers beer in the USA.