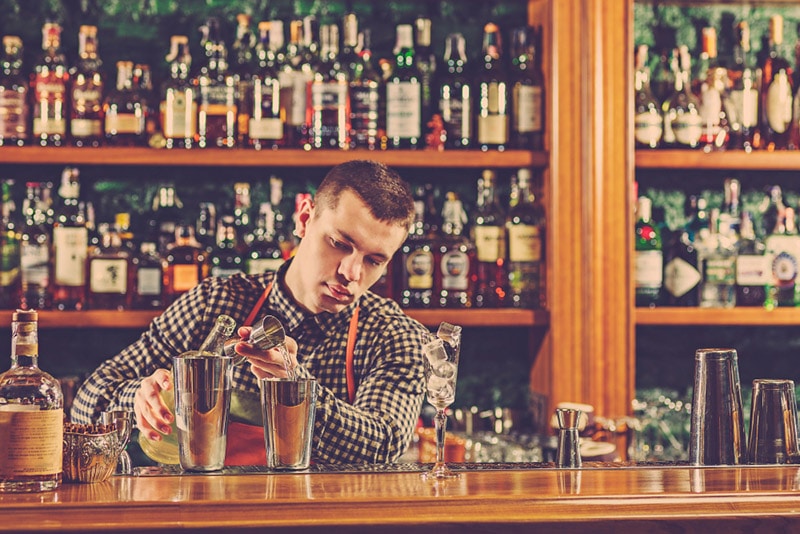 If you’ve been a part of bar culture for any time at all, then you likely already know that sometimes various alcohols and liquors are referred to as ‘spirits.’

In the name of saving space in our navigation bar, we even lump them all together with this catch-all term.

But can alcohol and liquor really be used interchangeably with the word ‘spirits?’

Are they the same thing, or is there a difference?

Spoiler alert: there is no difference, really, and you can use ‘spirits’ to describe pretty much any liquor or alcohol that has been distilled.

The Origin of ‘Spirits’ For Alcohol And Liquor

It likely comes as no surprise that there is a bit of competing theories when it comes to the origin of the word spirit for alcohol or liquor.

VinePair mentions that one possible origin dates back to the 4th century B.C. with famous philosopher Aristotle.

Apparently he wrote about spirits at the time when he was referring to alcohol and liquor.

Or so the story goes.

Another theory credits the Bible with the origin of the term. Personally, I find this one to be the least likely, based on the offered evidence.

The origin story that I find most credible is that of Middle Eastern alchemists using distillation to made medical elixirs, which they called spirits.

the first option is al-ghawl, which literally means spirit and is even mentioned in the Qur’an as a spirit or demon that imbues wine with its intoxicating effects

The second option, al-koh’l, described an eyeliner made from a black powdery mineral called stibnite. Since the method of transforming stibnite into makeup was similar to how people distilled liquids, al-koh’l may have gotten co-opted to mean “anything that was distilled.”

The truth is that we don’t really know which of these origin stories is the true source of us now using spirits when we mean alcohol or liquor.

These types of alcohol are also made using a similar type of distillation process, which is likely why they are collectively known as ‘spirits’ in the common vernacular.

You’ll also note that these are some of the most common base liquors in popular bar drinks around the US.

While we still don’t really know who first started using the term spirits when referring to liquor or alcohol, there are some great possibilities listed above.

And regardless of what you want to call them, we all know what someone is talking about when they ask for ‘spirits.’