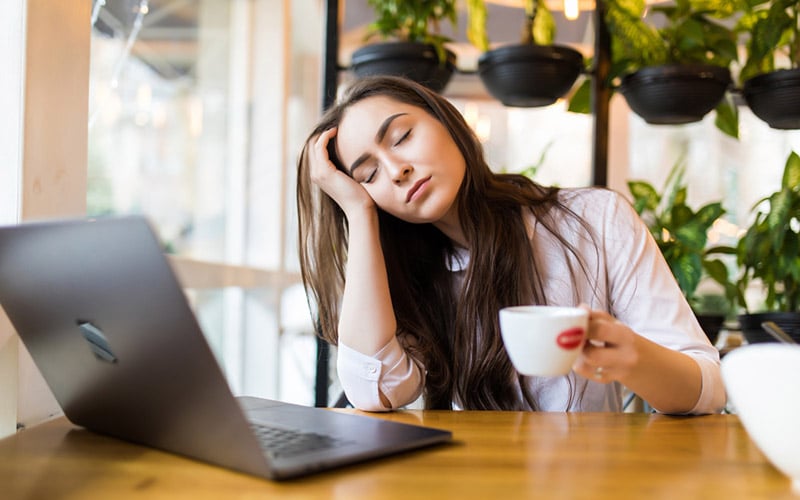 Do you start every day with a cup of coffee?

Does your ideal afternoon involve sitting on a park bench with a cup of joe?

Like many Americans, coffee is probably a large part of your daily routine.

We have entire sections of our kitchens devoted to making it, there are coffee shops on nearly every city block, and it’s hard for most people to imagine getting up in the morning without it.

The reason for our love affair with coffee is caffeine.

That chemical substance found in coffee beans is an integral part of most Americans’ way of truly “waking up” in the morning.

Why, then, do some people complain that coffee doesn’t “work” for them anymore?

When people say that coffee “doesn’t effect” them, they are usually trying to say that the caffeine in coffee doesn’t give them the energy burst that they used to get when they drank a cup.

In fact, some people have never experienced the energy rush from coffee that most people seem to get.

There can be several explanations for this:

Caffeine is a drug, and like any chemical substance, it is possible for your body to become more accustomed to it over time.

This is particularly true if you have been a habitual coffee drinker for several decades, or if you started your coffee habit while you were young.

As your body becomes more accustomed to operating with a particular amount of caffeine, coffee will have less of an effect on you.

If you suspect that this may be your issue, and you want to regain the feeling that you used to get from a cup or two of coffee without increasing your intake, try changing your schedule.

For example, if you usually drink coffee in the mornings before you go to work, try to wait until midway through the morning or afternoon before drinking your first cup.

Skipping a day or two can also help to rest your body’s chemistry and reduce the need for you to drink more coffee in order to get the same effect.

It should be noted that it’s generally a bad idea to quit drinking coffee entirely if your body has become used to a regular amount of caffeine.

This can cause your body to go through withdraw, leaving you with a bad headache or sour stomach.

You’re too tired, sick, or stressed

As your body deviates from it’s “normal” routine, your brain will send signals to various organs that can change the way your body processes caffeine.

In some cases, this can make you much less sensitive to the substance.

For example, illnesses that affect your digestive track can greatly alter the way your body absorbs caffeine, making it less likely that the substance will have a strong effect.

On the other hand, diseases that affect the neurological system can often enhance the side effects of caffeine, which is why many doctors warn their patients against having too much coffee if they suffer from these issues.

Even being too tired can cause your body to not react as strongly to caffeine.

As you become sleepier, your body produces more of a chemical called adenosine.

While caffeine typically bonds to this molecule and neutralizes its effect on your body, it’s not uncommon for people who are incredibly tired to produce so much adenosine that a small amount of coffee has virtually no effect.

Even stress can greatly affect the way your body processes your daily cup of coffee.

If you are under a large amount of stress or experiencing a high amount of anxiety, your body will greatly slow down the production of adenosine and increase its output of adrenaline and other hormones.

This means that the caffeine your body consumes will not have the same chemicals to neutralize, resulting in you feeling no increased feeling of alertness from your usual coffee.

If you believe this might be the cause of your problem, try to reduce the stress in your life by increasing your exercise or taking more frequent breaks from work.

Finally, it might be possible that your body simply reacts to caffeine in a way that is different from other people.

For example, there is a lot of anecdotal evidence that suggests people with ADHD will experience a calming effect from coffee rather than a jolt of energy.

While several theories exist to explain this phenomenon, it might just be worth accepting that coffee might not have the same effect on you that it does for other people.

You might just need to appreciate its other effects on you, such as using it as an appetite suppressant or as a way to relieve stress.

Coffee can effect a person in different ways throughout the day, and its effects can change based on a variety of other factors.

Listen to what your body is telling you, and you’ll know how to get yourself feeling back to normal.