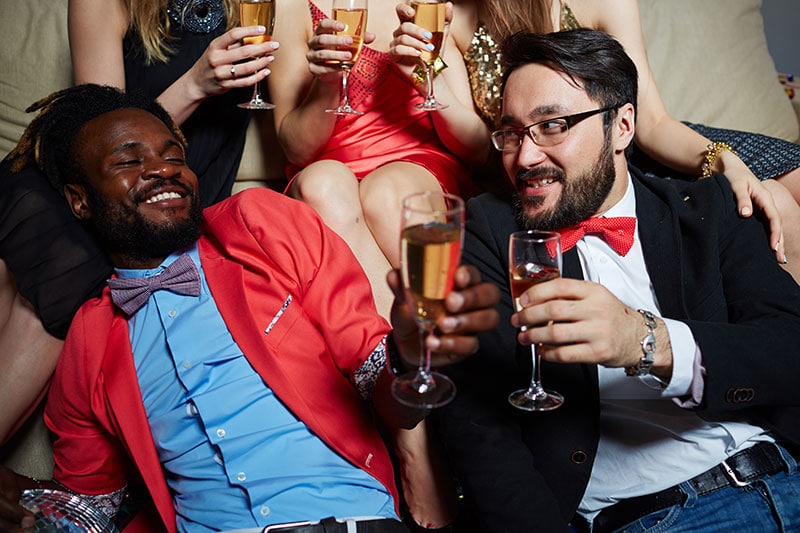 Dry January is a relatively recent invention. It is credited to a United Kingdom charitable organization called Alcohol Concern, which was launched in May 2012 and first held in January 2013.

By 2016, the charity reported that one out of every six British citizens was participating in Dry January. With the development of an app (for iOS and Android) and a migration to the United States, it would seem Dry January is here to stay.

But that doesn’t mean you must – or should – participate. In this post, learn seven key reasons it may be better to abstain from Dry January.

It doesn’t take much of a stretch to perceive how making a big public deal about participating in Dry January might strike peers, not to mention bosses, spouses, friends and total strangers.

Refusing to drink is a very personal decision that people make for all kinds of very personal reasons. Whether in business or in daily life, you will be far better received by making your own private decisions and permitting others to make theirs, no discussion needed.

Ceasing drinking for 30 consecutive days may feel like a temporary detox, but the moment February 1 arrives, all will be back to business as usual.

So long as you are following the recommended weekly intake based on your height, weight, age, gender and overall health (something that should be discussed with your doctor, who is the only one qualified to know what the state of your health truly is), it shouldn’t be necessary to go cold turkey for a month.

In fact, a proper detox can take as long as two or three months to really make any kind of measurable impact on your health. Otherwise, like dieting, attempting a dry fast for 30 days is kind of like doing a crash diet to drop the weight quickly, only to realize a month later it was all water weight when you gain it all back – whoops!

3. It may actually increase your alcohol consumption post-Dry January.

The old cliche “absence makes the heart grow fonder” doesn’t just apply to people. It can apply to donuts, soda, hamburgers and certainly alcohol as well.

When you embark on a deliberate 30-day alcohol fast, guess what your mind will be more prone to think about all during those 30 dry days? Yup, you guessed it….alcohol.

Wine, beer, cocktails, scotch, whiskey….you may even be forgiven for making a headlong dash for the bar as Dry January ends at last.

4. Failing to complete your 30 days may lower your self esteem.

But in the meantime, what happens if your boss invites you to a happy hour networking event that would give you some great bonding time? In the end, being flexible always trumps setting hard-and-fast rules for yourself that assume you can predict what the future holds.

5. No vitamins, minerals or antioxidants for you!

As it turns out, in moderation, drinking alcohol can actually be good for you. Case in point – Gwyneth Paltrow’s much-publicized affinity for Guinness beer while she was pregnant with her second child. Her reps (and health experts since) cited everything from the beer brand’s iron content to its ability to fight blood clots as reasons this was a good idea.

In the same way, wine, consumed in moderation, has antioxidant (cancer fighting) properties that can actually be heart-healthy.

So unless you think taking your morning multi-vitamin is a suitable substitute, why not get your vitamins in a more pleasant form?

6. Thanks for making the keeping of those New Year’s Resolutions even harder.

Just when you are poised to start off a whole new year, here comes Dry January. Because, of course, you haven’t already stacked the deck heavily enough against yourself with all those New Year’s resolutions the experts say you are 80 percent likely to fail to keep.

So if you do end up giving your resolutions the heave-ho, you at least want to have a consolation prize (like, oh, say, a nice glass of red) to ease the sting a bit.

7. No one needs less happiness in a day.

Drinking can be something to look forward to after a long day at the office or an hour’s wait in rush hour traffic. And when it makes you happier, where’s the harm?

1 thought on “7 Reasons To NOT Do Dry January”