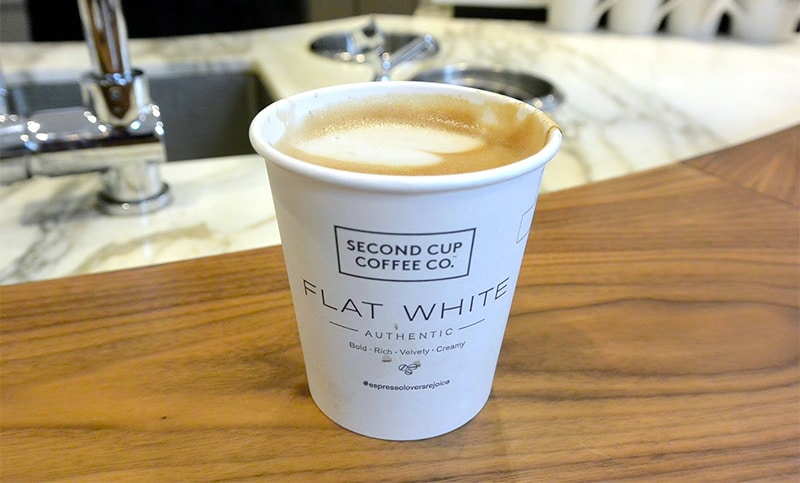 The caffeine kick in your morning coffee can get you going for the whole day, but which is better?

What do they taste like and what are the differences?

We take a look at both of these popular coffees below.

Contents show
A Quick Look At The History of Each
What’s In It?
Is There a Difference In Taste?
What Is The Average Cost Of One Around The World?
What Is The Difference Between A Flat White And A Cappuccino?
Which Coffee Should I Choose?

A Quick Look At The History of Each

Café au Lait was introduced to France after being imported by the Ottoman Turks during their invasion of Europe.

The Turkish army used it as a source of energy before battles, hence why Europeans opted into drinking it that way too.

Since then, the drink has become more popular throughout Europe and America.

The beverage is called this because the coffee resembles that of a cup of milk blended with dark coffee beans.

Many people drink it as a breakfast, but it has also been introduced as an all-day drinkable coffee in most recent years.

The modern flat white is believed to have been invented in Sydney in the late 1970s.

One such story tells of how changes needed to be made when a British dairy company took over supplying milk, which changed the milk’s consistency and taste, so they were forced to add more coffee for balance.

The drink was originally called the “flat white”, due to the visible microfoam on top of the drink, which looks like milk that’s been filled with air bubbles.

This provides a lighter taste than its counterparts like a cappuccino or latte, whilst also lessening acidity due to an increased amount of coffee shots in the drink.

The traditional flat white contains two shots of espresso, steamed milk, and micro-foam (small bubbles) on top of the coffee with no dry powder or textured milk added.

The café au lait is made by adding one to two shots of espresso into a cup or mug, filled with hot steamed milk and served with frothy milk on top.

This makes it slightly heavier than the flat white, but also rather delicious.

Despite its name, café au lait doesn’t actually tend to have much “coffee taste” about it at all.

The reason for this is that it’s made with a blend of mostly steamed milk and a small amount of foam or micro-foam.

The coffee taste tends to be very subtle, which allows the original flavor from the beans to come through.

In comparison, the flat white uses only micro-foam for its topping, meaning it has more intense coffee notes as well as is lighter in weight.

Is There a Difference In Taste?

In terms of taste, it all depends on your own individual preference; it would be best to try both and see what you think.

If you’re looking for something lighter and more intense, go for a flat white.

However, if you like something more substantial and richer with subtle coffee notes, go for café au lait.

The traditional flat white is strong and rich, yet velvety smooth.

A fine layer of silky microfoam sits on top of the coffee which adds to the mouthfeel of the drink, whilst providing a sweeter taste due to its fat content.

It has less acidity than a cappuccino due to added espresso shots with specially roasted Arabica beans for their superior crema (the layer at the top of your shot), giving an almost chocolate-like taste to it.

Café au lait is lighter in both color and flavor, meaning that dark roast coffee can be used without overpowering the drink.

It’s also less intense than the flat white due to the addition of water – meaning that it has more caffeine, making it a great option if you’re looking for an extra kick.

Cafe au lait is best enjoyed with milk, which makes up most of the drink (75%), giving the coffee subtle flavors like cocoa and vanilla that are otherwise difficult to detect in dark roast coffees.

What Is The Average Cost Of One Around The World?

Having said that, prices will vary depending on the location worldwide.

What Is The Difference Between A Flat White And A Cappuccino?

Although, at first glance, they may appear similar, these two drinks are actually very different.

The flat white has microfoam just like café au lait but also includes two or more shots of espresso whereas the cappuccino only has one shot.

Due to this fact, it provides much more intense coffee notes than its counterparts, without milk taking over the flavor profile.

It’s also slightly velvety due to the quality of whipped milk foam included in making it.

Which Coffee Should I Choose?

Both coffees have their own unique taste and texture.

However, if we were to decide which is best, the vote would have to go to the traditional flat white.

It has more intense coffee notes due to its micro-foam layer, which makes it lighter in weight.

The café au lait does tend to be slightly creamier due to its blend of steamed milk and foam or micro-foam, but this also means that its intensity in flavor profile due to the absence of micro-foam is rather limited.

Whilst both serve their purpose, if you want to taste what makes coffee special; its flavor profile and aroma, then go for a flat white.

However, if you prefer something stronger or even sweeter, then go for a café au lait. Either way, you can’t go wrong!