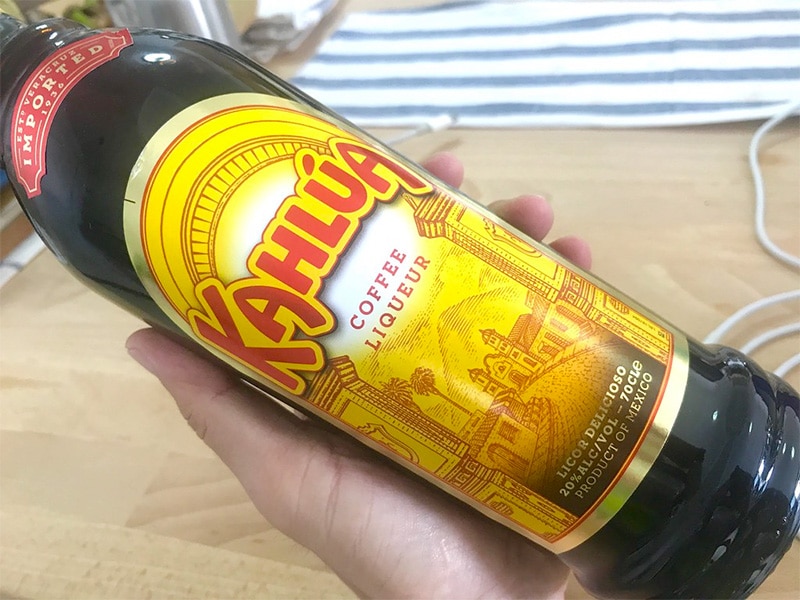 Walk into any restaurant, bar, or country club and you will find a bottle of Kahlua on the liquor shelf.

It’s a staple in any establishment that serves alcoholic beverages, and for good reason.

It has a great flavour, and with its sweet vanilla essence, it’s a great addition to many drinks.

Plus, it can also be used as a dessert or even a dessert drink!

But the question that always comes up with this coffee liqueur is: Is there caffeine in Kahlua?

Yes, Kahlua has caffeine in it.

Stay tuned to find out how much caffeine is in this alcoholic drink.

Contents show
What is Kahlua
Does Kahlua have caffeine?
How much caffeine is in Kahlua?
Is there a decaf Kahlua?
Can you put Kahlua in coffee?
Do Kahlua K-cups have alcohol in them?
Frequently asked questions
What is a white Russian?
Did Kahlua always have rum in it?

Kahlua is known as a coffee liqueur.

But in reality, it is a coffee-flavored, rum-based liqueur.

This means that it contains some form of alcohol.

The alcohol content of Kahlua is relatively low at 20% ABV (alcohol by volume).

The brand is made in Veracruz, Mexico and is owned by the Pernod Ricard company.

The ingredients of the coffee liqueur include corn syrup, vanilla beans, rum, Arabica coffee and sugar.

It has a full-bodied flavor that is rich and sweet in aroma.

Kahlua has a strong coffee flavor with hints of vanilla and caramel.

The production of Kahlua began in 1936 in Mexico.

The Kahlua brand has a rich history.

Does Kahlua have caffeine?

According to the Beer, Wine and Spirits Producers’ Commitments organization, Kahlua contains caffeine.

The caffeine used to make Kahlua comes from Mexico.

Although the liqueur does contain caffeine, it only contains it in small doses.

And, there is a reason why people are not aware of this fact.

This is because, according to the report, the caffeine amounts are not indicated on the bottle or explicitly stated.

Furthermore, the report states that this is the result of an agreement between alcohol companies that no alcoholic beverage or alcohol combinations can be advertised as having an energizing or stimulating effect.

How much caffeine is in Kahlua?

The Beer, Wine and Spirits Producers’ Commitments Organization stated in a 2015 report that Kahlua does contain caffeine and exactly how much it did in fact contain.

It looked at stimulants in alcoholic beverages produced by 12 of the largest beverage companies.

The report shows that regular Kahlua, which contains 20 percent alcohol by volume, has 101 milligrams of caffeine per liter.

Let us put this in context.

In a standard serving of 1.5 ounces of Kahlua, you can expect 4.5 milligrams of caffeine.

We can even go a step further and compare this to the 100 milligrams of caffeine found in a standard cup of coffee.

Is there a decaf Kahlua?

While there seem to be quite a few coffee liqueur brands on the market that make a decaf coffee liqueur, at this point, or at least at the time of this writing, there does not seem to be a decaf Kahlua as such.

Lovers of Kahlua will have to make do with a substitute brand of this liqueur and wait until the brand releases a decaf version of the world famous liqueur.

However, there does seem to be a decaffeinated Kahlua-flavored coffee that contains cream.

Can you put Kahlua in coffee?

In fact, Kahlua transforms an ordinary cup of coffee into a taste sensation.

You only need about a small amount or an ounce in your regular cup of coffee.

Kahlua contains some sweetness, so you may not need much more sweetener in your coffee.

Add whipped cream and you have an instant dessert drink.

Do Kahlua K-cups have alcohol in them?

No, there is no alcohol in Kahlua k-cups.

If you do not know what Kahlua k-cups are, they are coffee, tea, cappuccino or hot chocolate in a sealed cartridge or plastic cup.

The cup is covered with a foil.

You can use these cups to prepare a fresh cup of Kahlua coffee, tea, cappuccino or hot chocolate.

What is a white Russian?

A white Russian is a cocktail drink that contains vodka, coffee liqueur, and cream.

It is served with ice in an old fashioned glass.

Did Kahlua always have rum in it?

The brand came into existence in 1936 through an agreement between the Alvarez brothers who were coffee producers and a business man named Señor Blanco.