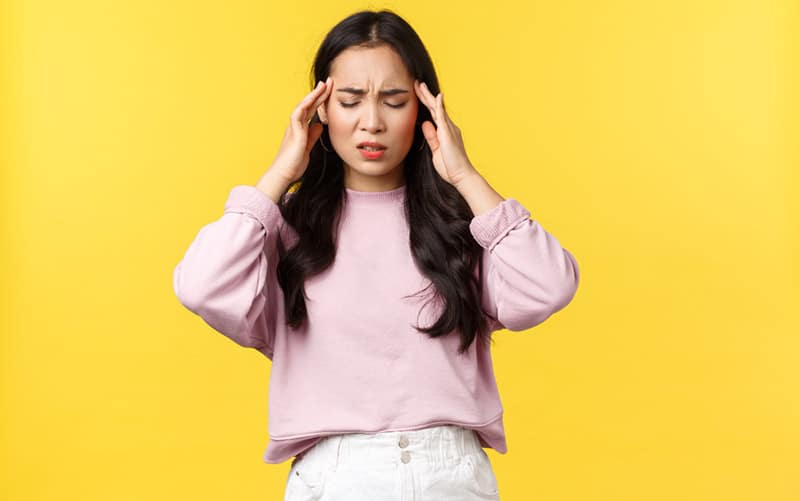 Some of us believe that coffee brings us to life in the morning.

There are many people that cannot even start their day without a cup of coffee first.

However, there are others that have quite a different reaction.

There are some that feel dizzy, jittery, or lightheaded when they drink coffee.

There are various reasons why coffee may have this impact on you.

Continue to read this article to find out more information about coffee and why it makes some dizzy.

Contents show
What is Caffeine?
What Happens When You Have a Sensitivity to Caffeine?
Impacts to Brain and Nervous System
Lifespan of Caffeine in the Body
Other Side Effects of Caffeine
What Causes Caffeine Sensitivity?
Can I Stop Feeling Dizzy When I Drink Coffee?

Caffeine is a chemical that is found naturally and readily in our world.

It is in coffee beans and tea leaves, along with other foods.

It is also found in tea leaves.

Caffeine can also be created artificially and added to items like soda and food.

Caffeine is a stimulant and is known to give you a boost of energy and keep you alert.

Caffeine is known to make your heart race and increase blood pressure.

Each person metabolizes at different rates.

This also means that caffeine intake impacts each person differently.

When an individual is overly sensitive to caffeine, they may have some common symptoms.

What Happens When You Have a Sensitivity to Caffeine?

Almost everyone is sensitive to caffeine at different levels.

When a person is overly sensitive to caffeine, that is when the individual has adverse impacts from drinking coffee.

Depending on the sensitivity you have dictates how coffee impacts you when you drink it.

As soon as you take your first drink of coffee, it is beginning to make its way to your bloodstream.

Impacts to Brain and Nervous System

While many people believe that caffeine gives you energy and wakes them up.

It does, but often briefly.

Caffeine impacts neuroreceptors by binding to them and influencing adenosine.

The neuroreceptors typically attach to the adenosine.

Adenosine is a chemical that is in all cells.

This chemical is a depressant on the central nervous system.

It is what makes the body feel tired and prevents you from feeling arousal.

As caffeine metabolizes in your body, it goes to your brain and becomes the priority as it takes the place of the adenosine and binds to the neuroreceptors.

This is what causes you to feel alert and in a better mood.

However, if you have a sensitivity to caffeine, your reaction may be a little different.

You may feel a rush through your body, but it is often followed by dizziness, lightheadedness, and a queasy feeling in your stomach.

Lifespan of Caffeine in the Body

The way and speed at which your body metabolizes caffeine dictate how long it stays in your body.

Individuals that are more sensitive to coffee tend to metabolize it incredibly slowly.

This also means that side effects, including feeling awake, are felt more significantly and for a more extended period of time.

There is some thought to genetics playing a part in how your body responds to caffeine and how sensitive you are to it.

Caffeine stays in the human body much longer than you probably realize.

It has a half-life of about five hours.

This means that half the caffeine you consume is still in your body five hours later.

This means that the typical person with a typical metabolism can drink coffee and 5 pm and still feel the effects of it well after 10 pm.

Those who have a high sensitivity to caffeine will feel it much longer and have a dizzy feeling right after drinking it.

Other Side Effects of Caffeine

Caffeine is a stimulant, and as a result, it reduces blood flow to the brain.

This could be the cause of the dizzy feeling.

It may also cause you to feel unsteady or happy.

Caffeine has also been known to cause insomnia, especially for those that have a sensitivity to it.

While caffeine is not considered harmful to the body, it is possible to have too much caffeine.

An overdose of caffeine is regulated by symptoms, especially since everyone has a different tolerance to it.

If you experience symptoms such as difficulty breathing, fever, irregular heartbeat, or diarrhea, you may have had an overdose of caffeine.

If you have other medical issues, like an ulcer or some cardiovascular condition, you should limit the amount of caffeine you consume.

In general, the average person without a caffeine sensitivity can inject about 20 ounces of coffee without feeling any adverse side effects.

There are some people that can tolerate more caffeine than that without any side effects.

Then there are those who are sensitive to it.

For some, even the slightest amount of caffeine causes uncomfortable side effects.

There are quite a few variables that may cause each person to have a sensitivity to caffeine.

It takes men longer to metabolize caffeine, so it stays in their system longer.

They could have a sensitivity to it, as a result.

For some women who take a birth control pill may notice they are sensitive to caffeine.

Having the synthetic hormone in the body helps slow down the speed at which the body process caffeine.

Some medications interact with caffeine, making the effects stronger.

If you are taking prescription medication or supplements, you may find you are more sensitive to caffeine.

Some individuals are predisposed to having a sensitivity to caffeine.

It could be in your genes that you have an overly sensitive reaction to caffeine.

If you do not consume caffeine on a regular basis, when you do, you can have an extreme reaction to it.

The more you drink caffeine, the better able your body is to build up a tolerance to it.

If your body does not have to metabolize caffeine because you do not consume it regularly, your body may not be good at it.

The more you consume caffeine, the better your body is at metabolizing it.

If you already have some amount of anxiety, you may be susceptible to feeling more anxious as a result of drinking coffee.

In addition, caffeine could cause panic attacks and more extreme feelings of anxiety.

Can I Stop Feeling Dizzy When I Drink Coffee?

If you want to drink coffee, even though it makes you dizzy, there is good news.

There are ways that you can reduce the feelings of dizziness when you have coffee.

One of the main ways you can stop feeling dizzy when you drink coffee is to drink it with food.

Many drink coffee first thing in the morning before they do anything else, including eating.

When you eat in the morning, it jumpstarts your metabolism.

If your body is working to metabolize the food and coffee, it can help to reduce the jittery and dizzy feelings you have.

If you do not want to drink coffee with your breakfast, you can drink it after you eat.

You want to work hard not to consume coffee on an empty stomach.

If that alone is not enough to reduce your dizziness, you can try to reduce the amount of coffee you consume.

If you are feeling dizzy when you drink coffee, it could be a sign that you are drinking too much caffeine, and you should try to reduce the amount.

While you are reducing your coffee intake, you can replace the extra coffee with water.

When you drink water and coffee together, it can help balance your rate of metabolism.

In general, you should always avoid dehydration by drinking more water.

When you are hydrated, it prevents the caffeine from building up in your system.

You can also try to drink a darker roast coffee.

While this may seem to work against ingesting less caffeine, it is not.

The longer a coffee bean roasts means the less caffeine it has.

The coffee may have a deeper flavor, but that does not indicate it has more caffeine.

You may need to try several of these tips before you find the right combination that works for you to reduce the dizzy and jittery feeling coffee gives you.